Ok so it’s been a little over 2 years at the time I’m writing this and I have kind of ghosted on my diary for the last 12 months.

They say life is a journey and my journey hit some major potholes, bumps, detours, traffic jams…but here’s the update.

For the most part despite what life has thrown my way I’ve stuck to living a low carb ketovore lifestyle through it all (most of it anyway). I changed my lifestyle for a big reason – Type 2 Diabetes was not a state I wanted to live in anymore so even when everything was in turmoil, maintaining the progress I’d made in my health wasn’t a negotiable.

For the first 8 months I was doing great – my weight was consistently going down, my blood sugar and A1C saw me no longer classified as diabetic, and I was getting fit. Then it all came to a crashing halt when a big family crisis blew up. I won’t bore you with details but let’s just saw I found (and continue to find) myself under a whole lot of stress.

I continued to follow my eating plan – but my body said “yeah, no we’re just gonna hold on to all this extra cushy stuff.”

I played with pulling all kinds of levers – less fat, more protein, more fat, less protein, no dairy, no eggs, only lean protein, more calories, less calories…you name it. My weight did. not. budge. Actually in all fairness I did go up and down the same 5 kilos through the year and then the 5 kilos stuck.

I did go off the rails for a few weeks – thought ‘stuff it none of this is working or feels worth it’ so I ate my feelings in the form of chocolate chip cookies mostly. But that only lasted a short while because I quickly found myself feeling like rubbish. My sleep was messed up, my blood sugar was doing a “WTF” and I got the old carb face look. I didn’t like any of that so got back on track and quickly felt better – but the weight – yeah that just stuck around.

I will also note that my activity level dropped a bit – I wasn’t able to get to the gym or spend as much time walking as I was previously doing. I have however maintained taking a daily walk – even if it’s just a short one. That’s kind of been non-negotiable because I know what a solid positive effect it has on my mood and blood sugar.

To cut to the chase I’ve sought the help of a naturopath – all my symptoms pointed toward a thyroid issue. That coupled with being a middle aged woman in peri-menopause there were assumptions made. So they did some testing. I’ve still yet to get my bloods back but some other initial tests showed I was severely iodine deficient.

The more we dove into my lifestyle the more the naturopath veered down the path of “Girl you are stressed AF” and and your hormones are out of whack due to high cortisol. Nothing I didn’t already know, but it was good to springboard ideas with someone else looking from the outside in.

So I’ve started on some supplements and am delving into some tactics for getting better leptin control, reducing stress and cortisol. Part of this has included completely shifting gears with my diet. Where I had been focusing primarily on protein and lowering my fat – in the hopes that my body would burn the excess I had. I am now two weeks into experimenting with going to the other end of the spectrum and eating high fat again.

Here’s what I’m doing – I’ve lowered my protein intake slightly and upped my fat by about 50 grams more a day. Lifestyle wise I’m adopting a more circadian approach to eating in hopes of repairing leptin resistance. I’m doing this by trying to be up within an hour of sunrise and spending at least 15 minutes outdoors taking in the rays before I start my day. I’ve started eating breakfast within an hour of waking up – which is a big change after a lifetime of not really wanting to eat until mid-day. And on the other end I’m trying to finish eating my 6 pm every night.

The results so far is I’ve dropped 2.5 kilos and I now can’t sleep past 7:30. My blood sugar is also running a bit lower which is a nice bonus.

I’ll be interested to see how this goes over the coming weeks. One thing I’ve definitely decided is that in terms of losing weight. Everything works, until it doesn’t. So being open to changing things up, digging deeper and not getting ‘stuck’ in the ‘there’s only one way to do this’ mentality is really important. Also that stress is a real buzz kill and has an absolutely insane impact on how our bodies cope and function. 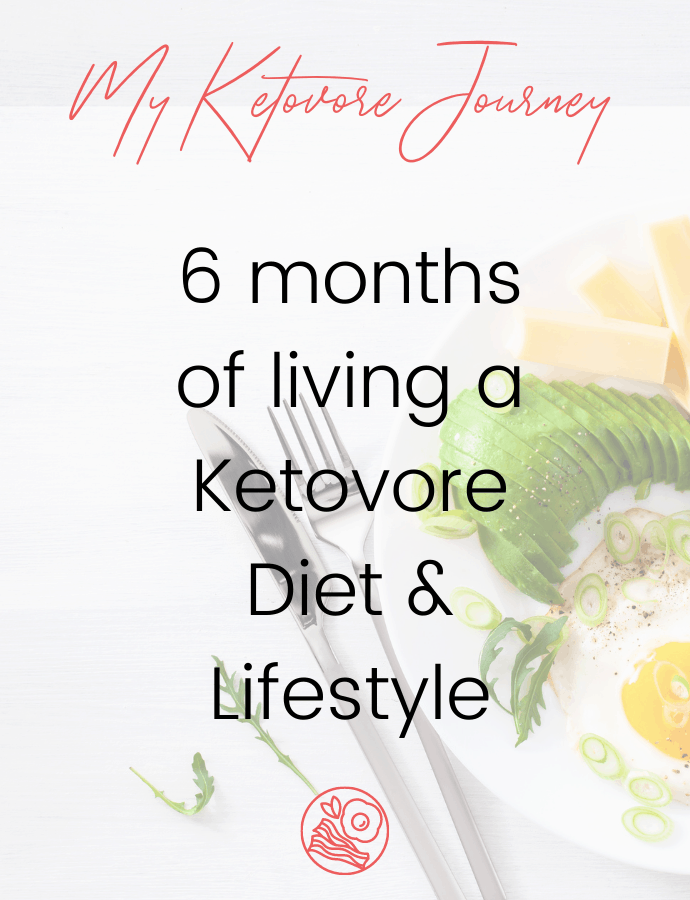 My Ketovore Journey – 6 months in. 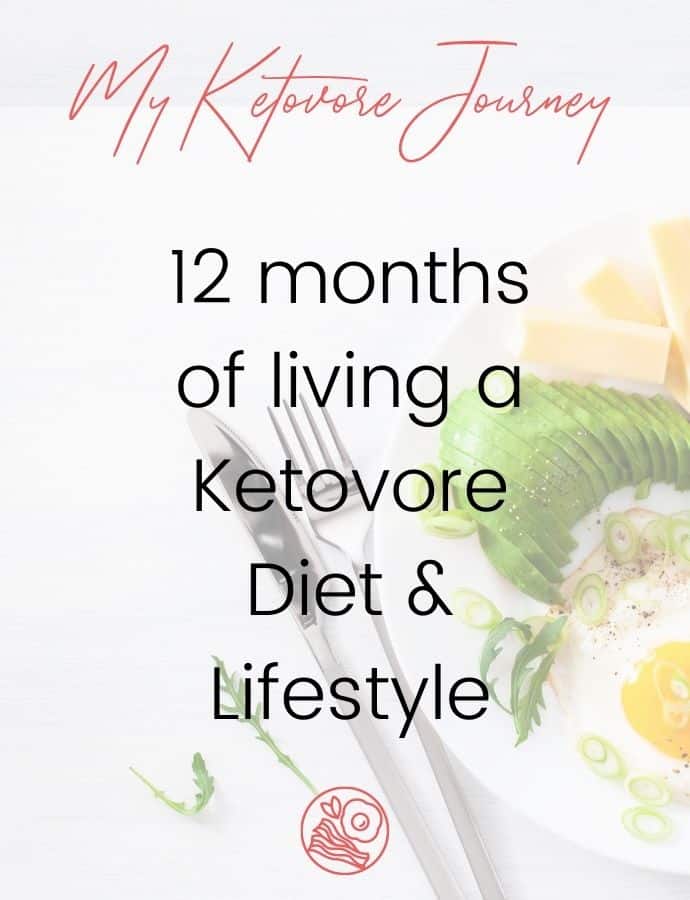 12 Months into My Ketovore Journey